Parallax+Bjarnadóttir is a collaboration with composer/electric guitarist Hafdís Bjarnadóttir, and came about when Parallax were on tour in Iceland in 2015.

Bjarnadottir tried out different compositional ideas with Parallax based on her field recordings of various natural phenomena around Iceland (waterfalls, caves, birds, etc.). The idea was to create a supernatural soundscape where the acoustic sounds and field recordings blend into an instrument. This sonic illusion is reinforced by Parallax's use of extended techniques and various objects as they attempt to eliminate the traditional roles of the acoustic instruments. For example, by acoustic simulation of natural sounds and focus on "sound-as-music".

This resulted in a successful concert at Mengi in Reykjavik, and in 2018 we developed the project further and set out for a tour to the locations of the field recordings, in order to bring back a processed plastic natural landscape, which blends the fiction with the natural. This is to direct the audience's attention to the music that is within the natural sounds of the place and to make the venue a concert venue where the audience can experiences this. This may lead to reflection and an awareness of the sound that surrounds us, which we like to take for granted, but which may come from a glacier that melts a little each year. During this tour we made a record in Akranes Lighthouse which was released in conjunction with Reykjavik Jazz Festival in August 2020. 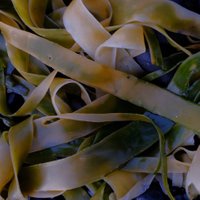 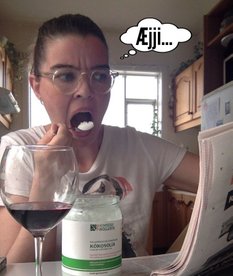 With a reputation for genre-busting eclecticism, composer and guitarist Hafdís Bjarnadóttir draws from a myriad of influences ranging from the blues to contemporary classical.

While always remaining distinctive and personal, her style has been described as a melting pot of jazz, folk, rock, classical, pop, avant-garde/experimental, classical and “local music from out there”. Her second solo album, JÆJA, received critical acclaim and was nominated for the 2009 Iceland Music Awards.Her most recent solo album, Já, received the coveted Kraumur Music Award in 2017 and was nominated for best alternative album and best alternative song/composition at the Icelandic Music Awards.

She lives and works in Reykjavík.